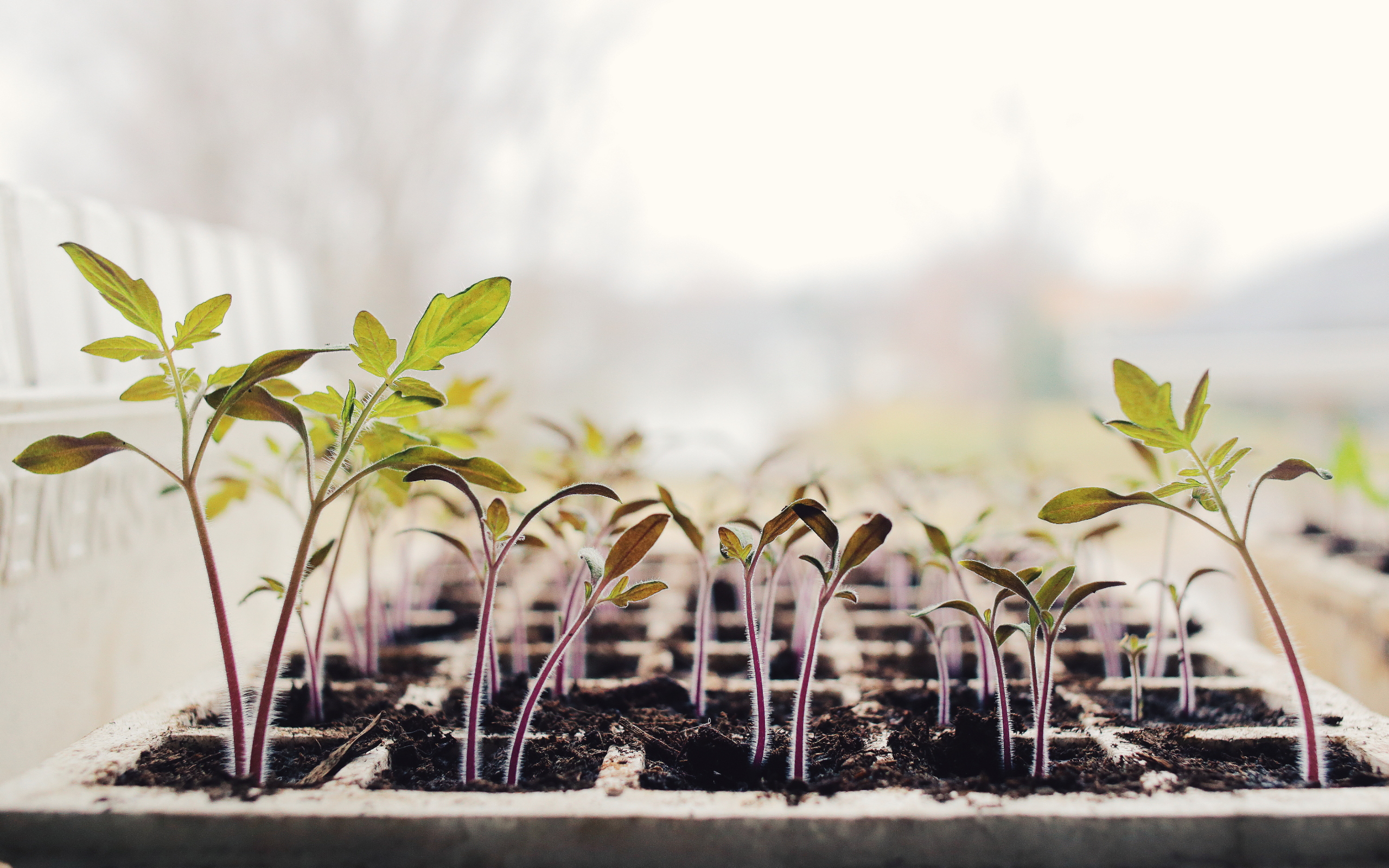 Today I thought about a few thing, particularly the thing that stood out to me as particular was what defines life. I mean to say – what about life do we consider to BE THE THING that separates the living from the not? When does something qualify to be alive – a life – and when is it just physical matter – existing but not meaning anything on it’s own. Perhaps that’s my value judgement about life – that life matters.

Think about a plant. It’s easy to think of it as alive right? It’s green – sprouting up from the dirt and growing larger and higher towards the sun millimeter by millimeter. While it may not have consciousness – it’s alive right? Why do we consider it more alive than the dirt that enabled it to grow?

Think about the seed now. The seed sat all winter drying out – freezing (since it sat in my garage) – without much activity or growth. If at all – it might have seemed dead. However, what defines life? Is the seed – the idea – the promise – the vision – the goals – the education – the reading – the processing of what happens to us – is any of this alive? Or is the life part what happens when you put it into practice and combine dedication with perspiration. When you put that seed in the soil – you add the water – you place it in the environement prone to growth and full of energy called sunlight – when you actually take the steps and add movement does that qualify it as living? Or is it the moment that the work (the seed) actually starts to see change and growth that it becomes alive?

I had a conversation today about a certain political candidate who announce his candidacy. One thing that really seperates him from his oponents is his unwavering belief in personhood – belief in the individual’s own rights to life, liberty, and the pursuit of happiness which is an innate right not one granted to us by the government. That strange liberty opinion sounds great and all – but where does that fall regarding life? Interestingly he has been hassled because of his strong belief that life begins before the first breath. One of the people organizing “the other side” and in control of “the other side” asked whether it should be the mother’s and doctor’s decision in cases of rape / incest on whether an abortion should be legal. He rebutted against the gal that the baby equally deserves consideration and a 6 pound baby never deserves to “die” – period.

The baby issue of life is near and dear to me right now as we have a baby that has been deciding she’s living quite fine in her cozy mommy’s tummy. Sure it’s warm, soft, soothing, and comfortable in there – never having to go hungry or have a soiled diaper – never getting cold – but we want her out now! Haha. That said – to US – she is alive. While she hasn’t breathed air through her lungs and hasn’t seen daylight – kinda like that seed that’s split and sent the chute up to the surface but hasn’t quite peeked through yet (we have a couple seed trays like that right now as well – checking them every day – I’ll let you know when they sprout 😉 – when does life start and what defines life to begin with?

“LIFE: Full Definition from Merriam Websters Dictionary:
1 a :the quality that distinguishes a vital and functional being from a dead body
b :a principle or force that is considered to underlie the distinctive quality of animate beings
c :an organismic state characterized by capacity for metabolism, growth, reaction to stimuli, and reproduction
2 a :the sequence of physical and mental experiences that make up the existence of an individual
b :one or more aspects of the process of living ”
Citation: www.merriam-webster.com/dictionary/life

So there’s the action side to the word (metabolism, growth, reaction to stimuli, and reproduction) and the mental side (or the idea). But seriously – what a wacky definition, “the sequence of physical and mental experiences that make up the existence of an individual”. I get the physical side – and having mental stuff going on is a nice touch – I’m not sure the mental is a necessity for lettuce to be considered alive – but that word sequence really throws me for a loop. Lets look at that word.

Sequence:
Full Definition (Merriam Webster)
1 :a hymn in irregular meter between the gradual and Gospel in masses for special occasions (as Easter)
2 :a continuous or connected series: as
a :an extended series of poems united by a single theme
b :three or more playing cards usually of the same suit in consecutive order of rank
c :a succession of repetitions of a melodic phrase or harmonic pattern each in a new position
d :a set of elements ordered so that they can be labeled with the positive integers
e :the exact order of bases in a nucleic acid or of amino acids in a protein
f (1) :a succession of related shots or scenes developing a single subject or phase of a film story (2) :episode
Citation: www.merriam-webster.com/dictionary/sequence

First off – didn’t know sequence was a type of hymn – slightly interesting thought – ok. Second definition really throws me for a loop in that it pretty much explains (to me at least) what defines life. It’s not the fact that physical or mental activity may occur – it’s the sequence – the order of it that matters. Without trying to get spiritual and regardless of your beliefs – I remember a teacher of the Bible explaining that when “God created the …” it was bringing order to a disordered universe. Yes it was creating things (which is a pretty cool super power I might add), but it was creating the opposites. The land and the sea, the plants and the animals and the light and the dark, ok I forgot what all 6 days and their order. Point being that from the beginning God was bringing order / sequence to things with the intention to end with His last and greatest creation – humans.

I don’t know – seems pretty crazy to me.

So if life is about these sequences / orders of mental and physical experiences as organisms – part of life does come from ideas – from potential – from thinking – but the thing that makes it life is that it comes together with action. Life isn’t just acknowledging what’s going on – but joining in. Engaging with the surroundings – and making life happen not just existing.

Last crazy thing I’ll add ties in with what a good share of my day was about. I was creating a website for a group I volunteer with as a leader called “Married For Life”. One of the challenges I had today was coming up with some content to go along with everything that goes into a website. Sure – having content written for the main sections was done but things like “Meta descriptions” and “Title tags” aren’t things people usually know to prepare for a site. As such – I’m there coming up with them on the fly. One thing in particular that’s fascinated me was with the name and the word life. In this situation – “married for life” there’s so much social context – the “mental” part along with the physical meaning at least.

I’d love to hear your thoughts.