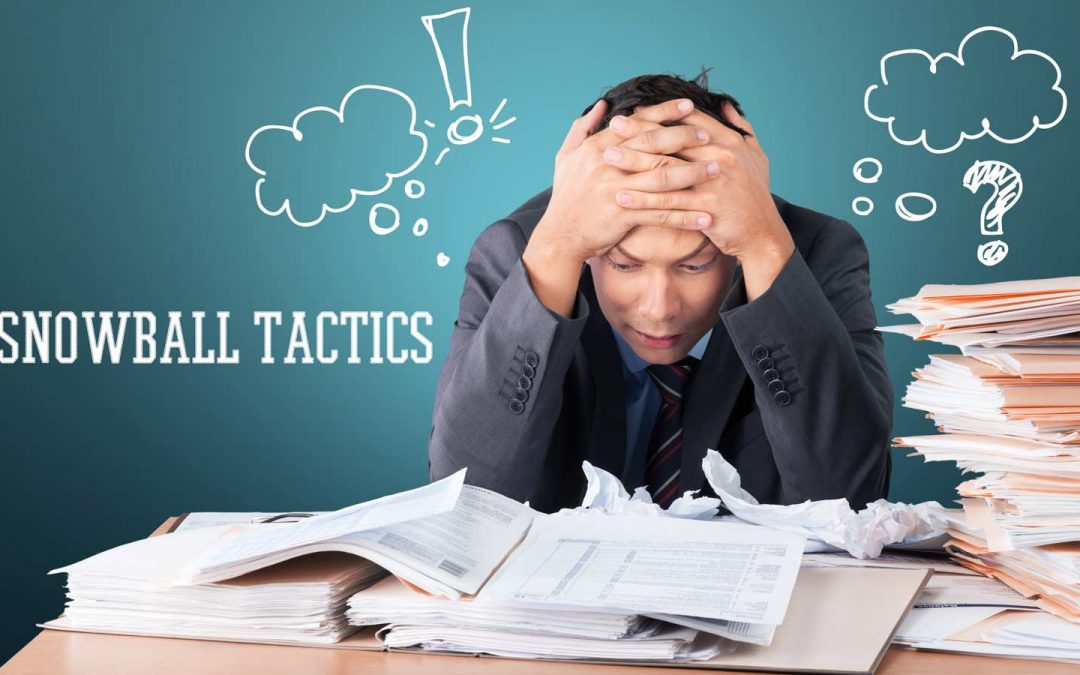 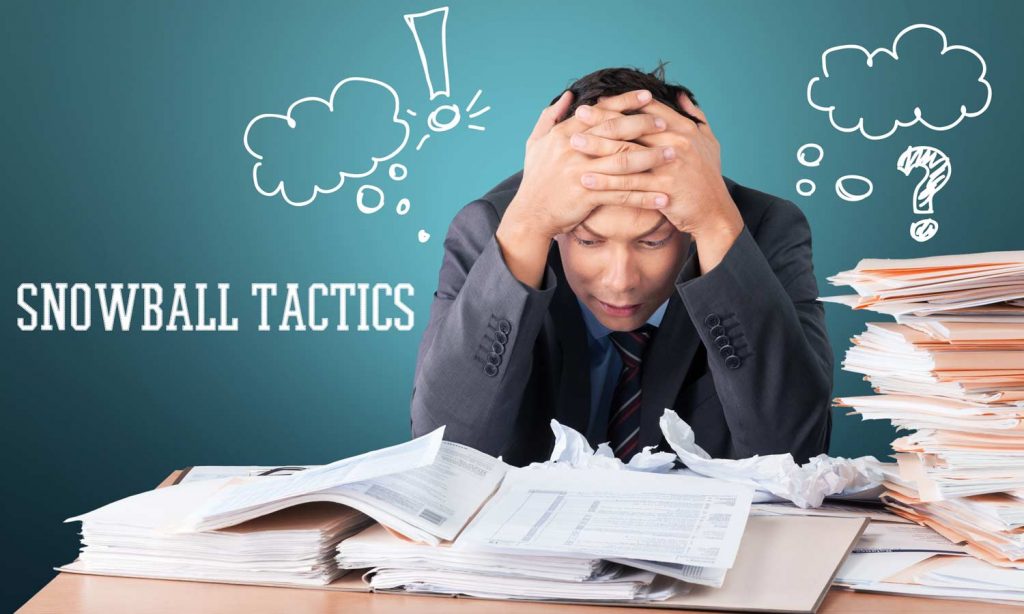 Perhaps you’ve heard the name “Dave Ramsey” – personal finance guy who has a radio show and reached “Financial Peace University”. One of the main starting tactics for getting out if debt is the “debt snowball”. From a purely analytical standpoint of interest rates and dollars (all being even) its not the best plan.

According to straight numbers, it makes sense to pay off your high interest debt first and then move to lower debt because you will pay less in interest that way. Debt snowball says ” if you have X$/no to pay towards debt, line up all debts smallest to largest – pay the minimum on all except the smallest. Pay that smallest off as fast as possible and move on to the next one.”

The magic to the snowball is that as you pay off the smaller ones, those “minimum payments” from the smaller ones get rolled into the available monthly debt payoff money. By the end you have serious momentum and after the debt is paid off you can use that $$$ each month to build savings and investing.

They don’t really emphasize this as much but it eventually hit me, the reason why he argues against high interest first is for psychological reasons. All things being equal… But they aren’t equal. People on average do not keep paying off debt even though they know they should.

The secret, in my mind, is in the small dopamine release with every “small win” (source: Psychology Today: https://www.psychologytoday.com/blog/changepower/201207/the-amazing-power-small-wins).

Small wins send this feel good chemical to our brains and help us keep doing something even though it may feel uncomfortable or even painful. (Technical process may be a little different but you get the idea).

Money – as Ramsey will point out – is often an emotional thing. People make silly stupid money mistakes. But – there are few secrets compared to just a lack of will and knowledge to do the basics repeated over time.

The key with goals is their achievement.

Since my life has been surrounding baby #3 and yard work (mainly involving fire wood and getting a three year supply split, stacked, stored…), my entire body is sore. Luckily – unplanned of course – it appears my labor is getting divided over a number of days.

Everyday there is a new small goal, small wins, and while it might not be the best plan on paper its hugely effective at getting things done. Which, honestly, is the biggest part. The goal isn’t to be the only best plan, but to get a plan that works and gets done.

What are you putting off in the false expectations that you will someday do it perfectly or just better?

Leave a comment below! Would love to hear your thoughts.