Courage: you should listen to your gut. 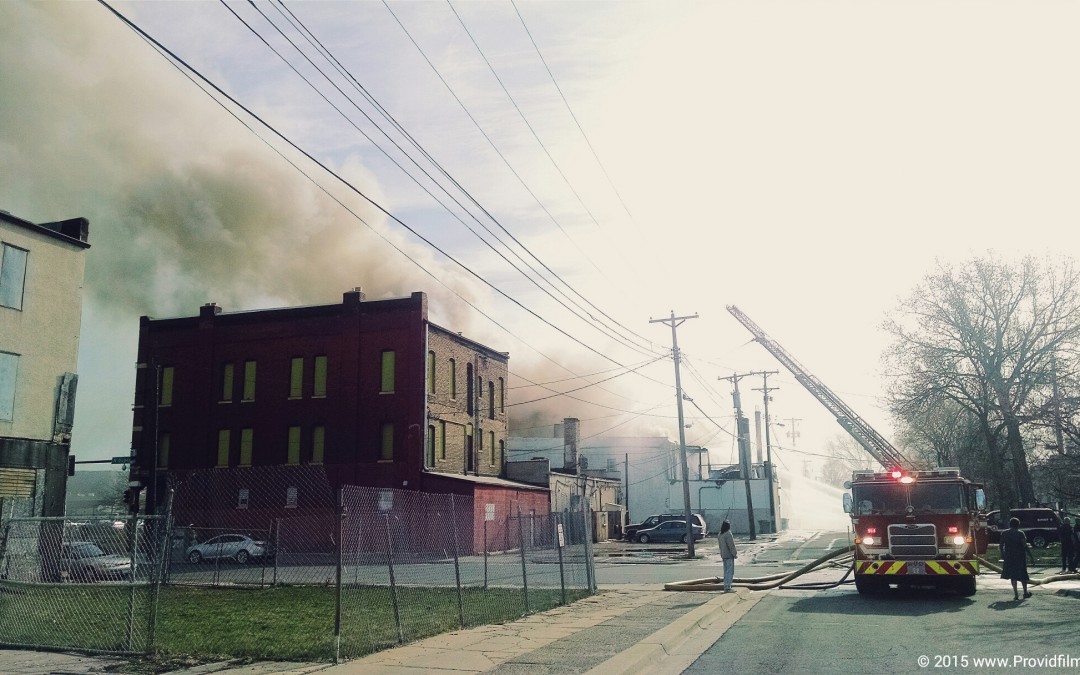 This morning I left our house in a bit of a rush – as I was leaving I double checked my schedule and confirmed no shoots today needing a camera. Yet – I had that feeling perhaps I should bring it just in case. Waffling, since I was running tight on time AND I’ve been making it a point not to lug my gear everywhere I went, I left my camera at home.

I hit traffic on my way to St Paul and miss one of my favorite meetings of the week, returning to Minneapolis to “go to work” defeated… After coming out of the 94 tunnel and coming up over the hill by downtown I notice a plume of smoke – looking like it was eminating from an old church! I HAD to investigate.

Long story short – I stumbled my way super close down an alley and drove awefully close to scene. The fire was massive – and I knew this was going to be something big. North Minneapolis was under the smoke of the West Broadway fire and firefighters were struggling to put out the massive building fire. 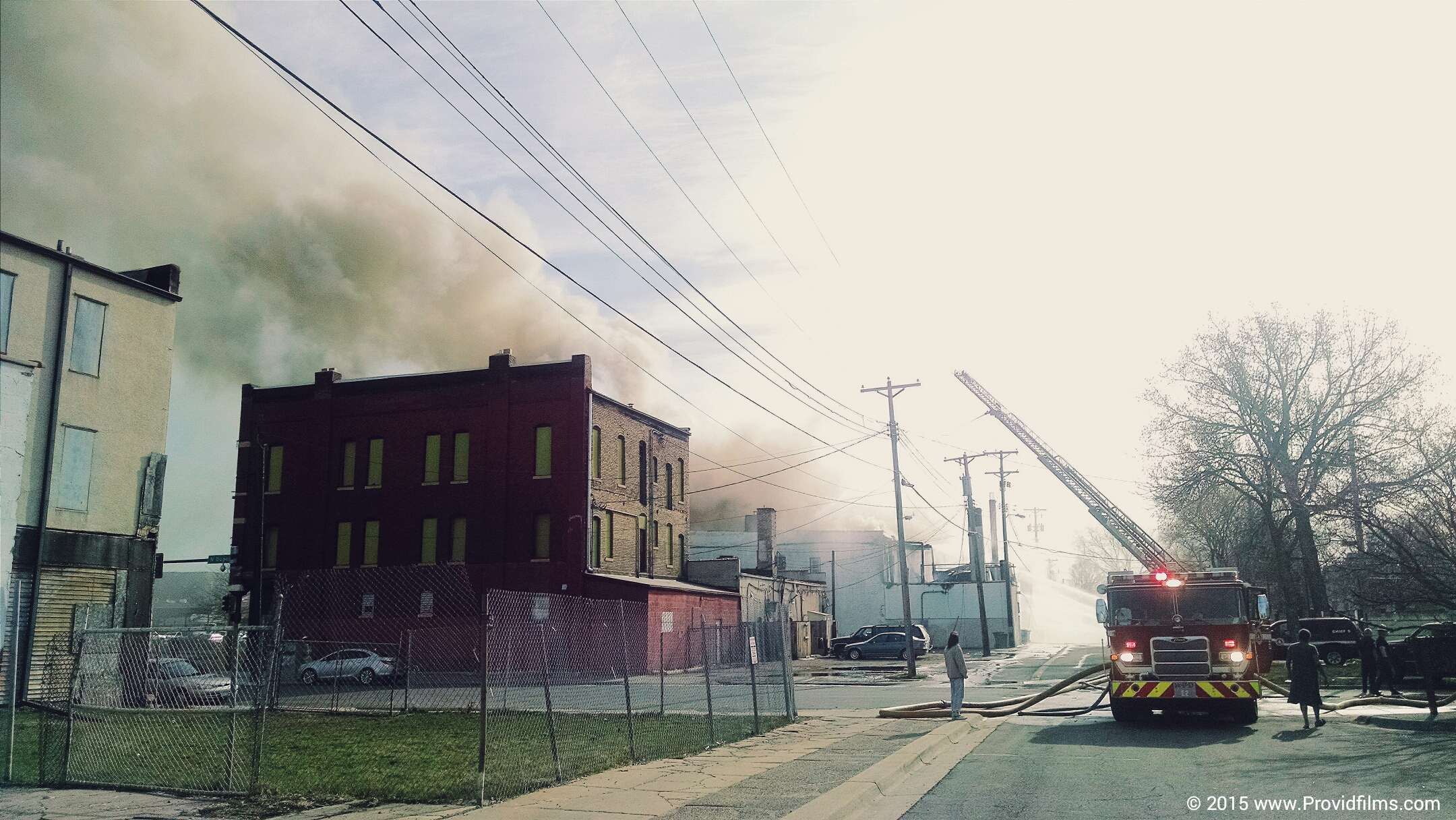 I decided to Tweet a photo – and then realized this is actually a big deal. After a quick Twitter search – I realized it. News stations were all starting to talk about the fire – and it didn’t take long until a helicopter was overhead – news helicopters – and the media machine was just starting to wake up.

Thinking about media – traditional news is pretty slow to react to something. They use large complicated gear – durable and long lasting – but it’s not exactly “run and gun”. By the time I’d shot numerous photos from a few different angles, edited the images, watermarked them and uploaded them to Twitter, and tagged/shared them with numerous people online – that’s about when news stations started to arrive. Just kinda boggles my mind.

So yeah – it was fun to get my image shared by a couple of news organizations and retweeted just since I was a fast – first responder with a unique angle and solid image ready to go so fast. 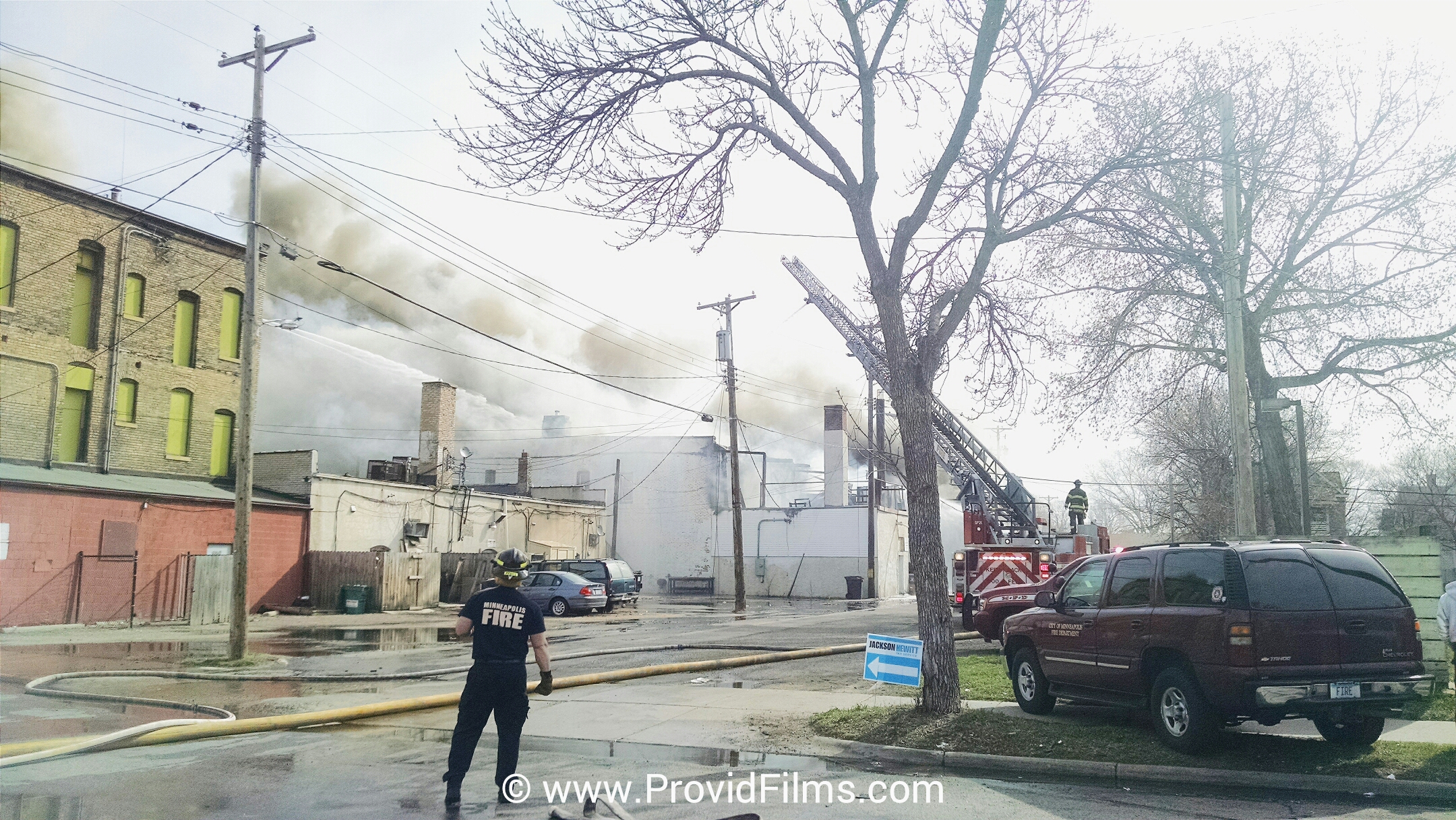 Yeah so the next idea I had was another not-so-gut-listening type of moment. Not only had I thought “I should bring my camera” but I’d also thought for some reason I should bring my audio gear. In my “rush” I’d just grabbed my new Zoom H6 audio recorder. It’s a great mixer and one of the best audio recorders for podcasts at the moment – but this was my first chance bringing it out into a live environment.

Technology stumbling plus trying to do live interviews with strangers on the street… Yeah – that took a lot more courage than I thought. I’ll just chock it up as a “learning experience” because I walked away defeated without any good material.

What did I learn though?

If you’re going to try something new – be prepared and setup for success!
1) have a clear objective and measure for success or failure
2) define the FAQ (frequently asked questions) people may ask – and practice your response
3) practice your part

I walked out into the field – up to the Fire tape “Police line do not cross” and tried to get interviews. Having no questions – no planning – no expectations didn’t set me up for success. Had I thought before leaving my car “I want to learn XYZ from 5 people” I would have had more courage to try the unexpected.

Second lesson: define the FAQ. People would ask “which station are you with?” to which I would respond “I’m just a blogger / video production company”. They’d see my lettered clothing and could tell I was legit – but I wasn’t confident. Had I thought out my response – I could have responded way more prepared and not taken very many minutes to come up with that.

Practice my part: this one is just practicing my craft before walking out into the field. I wasn’t familiar with my equipement and it showed. I wasn’t fully present in the moment of asking questions – I wasn’t confident in the questions I was asking – and that’s because of all three areas here.

Had I walked in with a clear objective, been prepared with my response to their frequently asked questions, and practiced my side of the conversation – then I could have gotten a lot more out of the situation.

That’s ok. At least I listened to my gut when I saw the smoke and I attempted the audio news gathering.

You win some and you lose some. 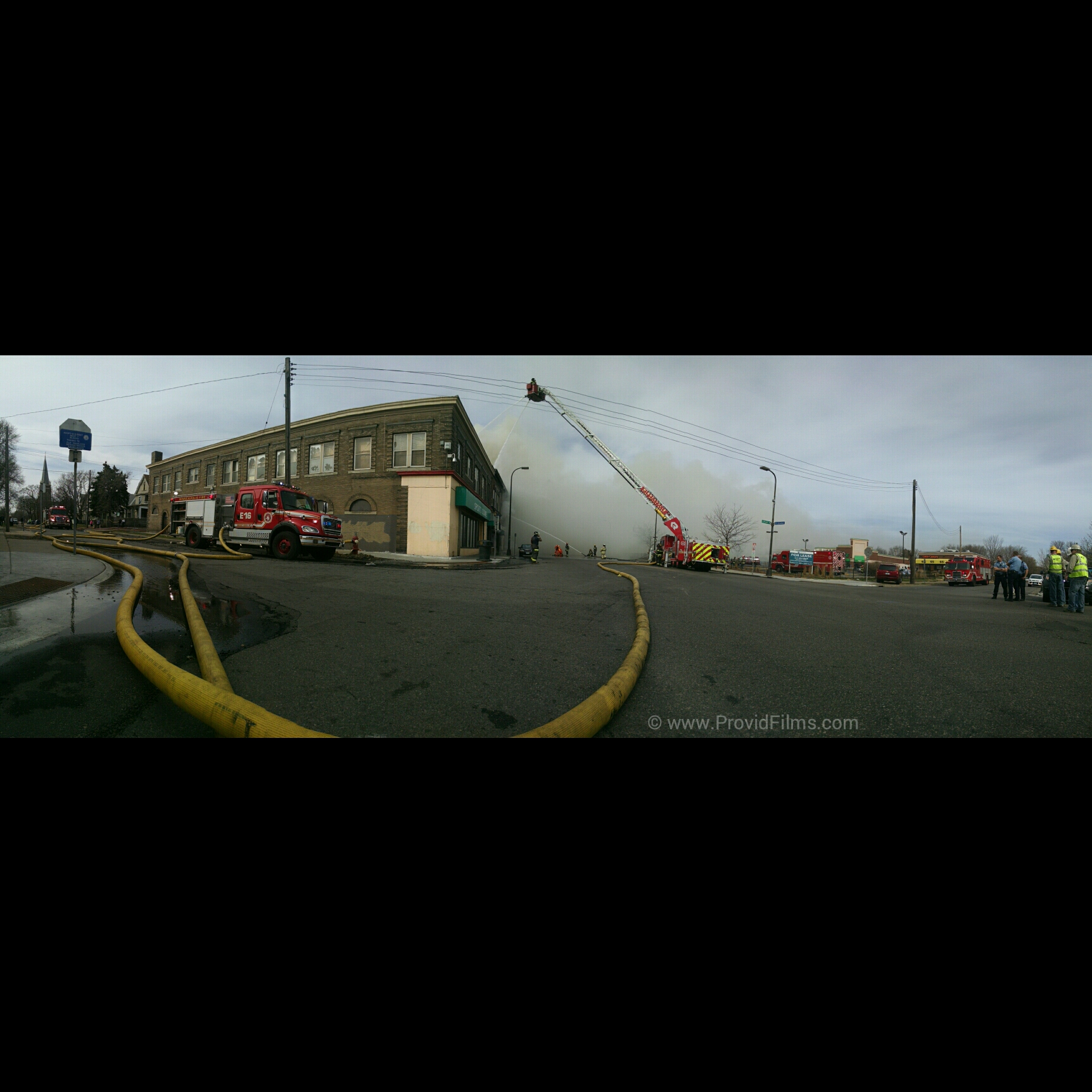